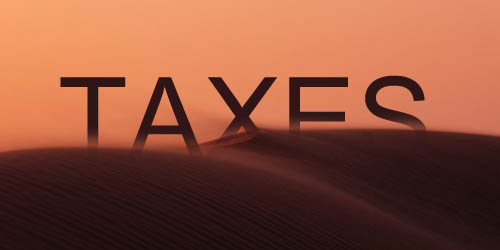 Current Situation in the UAE
The UAE currently does not have a system for Federal income taxation. For the time being, there have not been any public announcements from the UAE government regarding any introduction of a Federal corporate income tax regime, despite references to economic impact studies carried out by the UAE government and general media statements from the Government. Hence, there is no visibility on whether (i) a Federal corporate income tax regime shall be introduced, (ii) the scope of application of any such federal tax regime, or (iii) on the interaction between a Federal income tax and the existing Emirates tax decrees and free zone tax holidays (see hereinafter).

Most of the Emirates have their own corporate income tax decrees. These regulations theoretically allow for a corporate tax to be imposed on the income from business activities carried out in the respective Emirate, at rates of up to 55%. These decrees continue to apply, in practice tax however is currently only enforced on foreign oil companies engaged in upstream petroleum activities and certain companies engaged in petroleum related activities. On top, branches of foreign banks are subject to a 20% corporate tax under the specific banking tax decrees issued by some Emirates. Most of the UAE free zones provide holidays from the respective Emirate level corporate taxation for entities licensed in the relevant free zone – depending on the free zone for renewable periods of between 15 and 50 years. Consequently, corporate income tax is generally not actually payable by most businesses operating in the
UAE.
‍
International Commitments
The UAE became a member of the Organization for Economic Co-operation and Development’s ("OECD") Inclusive Framework on Base Erosion and Profit Shifting ("BEPS") in May 2019. Already in June 2018, the UAE signed the multilateral instrument ("MLI") committing to amend certain concluded double tax treaties (currently more than a 110 in force). The MLI was ratified in May 2019, which resulted in the UAE’s position under the MLI becoming effective from 1 September 2019 (subject to satisfying certain conditions). As a matter of form, the UAE does not levy any capital gains tax or any form of non-resident corporate income
tax.