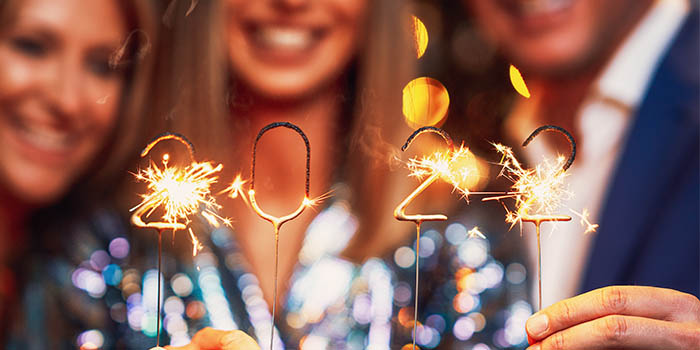 With so much news this year in Dubai, the UAE and the wider world, it’s a fascinating chance at year end to take a look at what’s been going on, and what will happen in 2022.

Firstly, from a corporate and legal perspective, no look at 2021 can ignore the ramifications of the UAE National Agenda, developed by more than 300 officials from 90 federal and local government entities in the last decade, to bring about positive changes to coincide with the nation’s 50th anniversary.

The agenda includes a set of national indicators in education, healthcare, economy, police and security, justice, society, housing, infrastructure and government services. It seems like these indicators – which examine performance against global benchmarks in the sectors above – have catalysed a raft of new laws, set to herald in a new era for the (still young) UAE.

The new and amended laws are already being described as the largest legislative reform in the nation’s history, with news of changes to 40 laws this year, including those relating to commercial companies, online security, trade, copyright, residency, narcotics and social issues.

While the exact nature of many of the legal reforms is still emerging, we do know that some 540 specialists and experts from 50 federal and local authorities worked together over five months, in consultation with over 100 private sector organizations, to formulate the changes. And what changes we will see.

Labour law reform
One area that’s especially pertinent to business is reform of the labour laws, designed to “create a [more] flexible and competitive work environment,” with new rules applying to part-time and temporary work in the private sector, affecting issues including maternity and paternity leave, hiring teenagers, discrimination in the workplace and equal pay, to name a few.

Under the new labour laws, effective from February 2, 2022, fresh rules regarding part-time, temporary and flexible work have been codified, along with stronger compassionate and maternity leave, and new rules on overtime, maximum working hours, time off and sexual harassment, all designed to help protect workers’ rights.

Swiss Group has issued a comprehensive review of the key changes and a comparison between the current and new labour law. Further updates will be communicated.

Visas
There are a variety of visas to suit all needs – we advise our clients each and every day on what visa might best suit their situation. But 2021 saw a host of new visa options, including an interesting five-year multiple entry visa for employees of multinational corporations.

Meanwhile, the relatively new ‘golden visa’ scheme allows professionals – such as doctors, PhD holders, scientists, front-line workers and those who have made a quantifiable impact on the UAE – to enjoy a ten-year visa. On top of this, there is a gold card permanent visa scheme, open to investors and those who’ve made significant impact on the UAE.

A new ‘Green visa’ expands self-residency status to investors, entrepreneurs, highly skilled individuals, top students and graduates, while a recently announced federal freelancers visa is aimed at self-employed workers based in the UAE and overseas, working in specialised fields such as Artificial Intelligence, blockchain and digital currencies.

Globally aligned workweek
Perhaps the biggest news of late pertains to the UAE’s introduction of a 4.5-day working week, along with a shift to a Saturday-to-Sunday weekend. This ambitious move reflects the nation’s unceasing efforts to cement its long-term status as an international business hub, bringing the Emirates in line with global markets outside the Middle East.

The legislation, which will take effect from the start of the new year, relates to federal government departments and schools in the UAE.

To ensure that the revised timings do not prove detrimental to the Emirates’ culture and heritage, Fridays will henceforth entail a half-day of work, enabling Muslim citizens and residents to attend sermons and prayers at 1.15pm. Sharjah, meanwhile, has taken the decision to switch to a Monday-to-Thursday workweek and three-day weekend.

While private sector companies are free to decide whether they wish to realign their operations with the new federal workweek or retain the country’s traditional opening times of Sunday to Thursday, many companies have already chosen to follow suit from the beginning of January.

These measures represent a bold move by UAE leaders, who seem confident that their new approach will not only more effectively align the nation with global markets, but also help to ensure that the local population enjoys a healthier work-life balance.

Projects of the 50
These reforms and changes all come as part of the ‘Projects of the 50’ concept, a massive, ambitious and undoubtedly exciting scheme launched to mark the 50th anniversary of the UAE.

Paying heed to the visionary leaders who created the nation, while allowing for the rapid advancements of the near future, the 50 projects announced are still coming to light, but include: “new and amended visa schemes, comprehensive global campaigns to attract foreign investment, national initiatives to support emerging Emirati companies and boost the quality of national products, partnerships with major economies across the world, and programmes to support the applications of the Fourth Industrial Revolution in all sectors.”

The vision for the next 50 years includes making the UAE a hotbed of investment and economic creativity, an integrated incubator for entrepreneurship and emerging projects, and an advanced laboratory for new economic opportunities. The plans cover the economy, entrepreneurship, advanced skills, digital economy, space and advanced technologies. And there’s more.

At Swiss Group, we’ve shared most of the UAE’s dramatic journey through the last five decades, and we remain thrilled to be part of such ambitious national plans. Our role remains to keep abreast of a sometimes rapidly-changing regulatory framework – but we excel in providing clarity in complexity, and providing peace of mind to clients.

The UAE’s journey is a remarkable one. Just as the nation acted swiftly to curb the effects of COVID-19, now it’s acting with equal decisiveness to help drive us all towards greater entrepreneurial heights, to greater achievements and ultimately, greater happiness.

Every day, we are proud to play a part in the economic development of the nation, and to help businesses, entrepreneurs and investors understand how they can join in on the UAE’s journey to becoming one of the best nations in the world.

All that remains to be said is Happy Golden Jubilee, UAE and wishing everyone happy holidays and a prosperous new year!